You’ve probably heard of the War of the Worlds hoax in 1938 where Orson Wells convinced people listening to a radio play of H.G. Wells’ work of fiction that a real Martian invasion was occurring.  But did you know there was a much older hoax that convinced people that the moon was inhabited and filled with fantastic creatures, including blue unicorns and human-like beavers?

In August of 1835, the New York Sun began running articles by Dr. Andrew Grant.  Dr. Grant was writing about the astonishing discoveries of Sir John Herschel, an English astronomer.  Supposedly, the articles were reprints of articles first released in the Edinburgh Journal of Science.  In the articles, which began on August 25th and ran for six weeks, described what Herschel supposedly discovered via an extremely powerful telescope that he had trained on the moon.  The telescope was supposedly so powerful, it allowed Herschel to see objects on the surface of the moon as well as someone could see objects 100 yards away on Earth.

The articles got progressively more and more bizarre in their description of the moon, and especially the denizens of the moon.  First there were the unicorns and the bison who roamed freely across the lunar plains.  Different species of trees were noted, thirty eight varieties, as well as birds and mammals.  Then in the third article, Dr. Grant discussed the beavers. 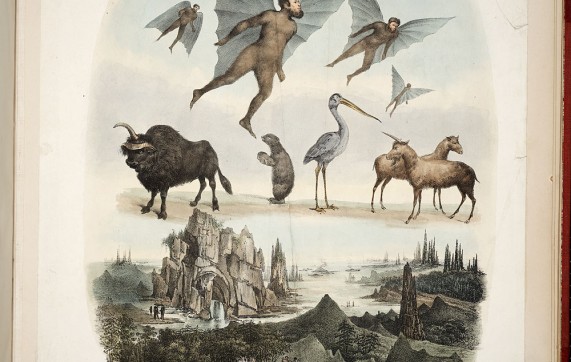 The beavers of the moon walked upright, like humans, and lived in complex dens that had smokestacks and were clearly in every way similar to human dwellings.  Why beavers we’ll likely never know, but those were only the first of the intelligent life reported to be living on the moon.

Next up were the Vespertilio-Homo, or bat-winged people.  These were short but clearly human creatures that possessed bat wings and could fly.  There was no word on how well they got along with the beavers.

These races apparently created huge crystal temples, and carried out rituals to their moon gods.  The man-bats were also described as possibly being the origin of angels, appearing beautiful (with…you know…bat wings) to the naked eye.

Eventually the series ended, and the true author was revealed, though not directly.  It’s believed that Richard Adams Locke was responsible for the fanciful articles.  Locke was a journalist and it’s possible he meant the articles to simply be satirical.  For many years, however, people were convinced that there were forests and waterfalls, bison and unicorns, and talking beavers and winged humans living on the moon, all just waiting for us to come visit them.  Seems nice.  Of course, that’s not what we found up there: 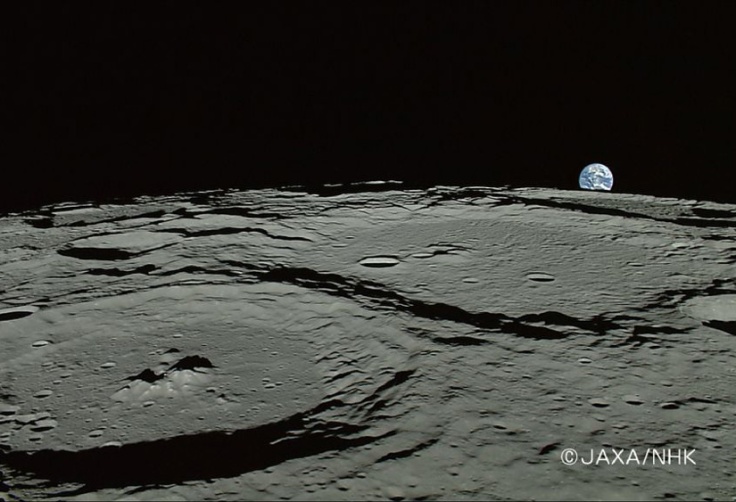 Still beautiful in its own right.